The Ones We Met: Inuit Traditional Knowledge and the Franklin Expedition 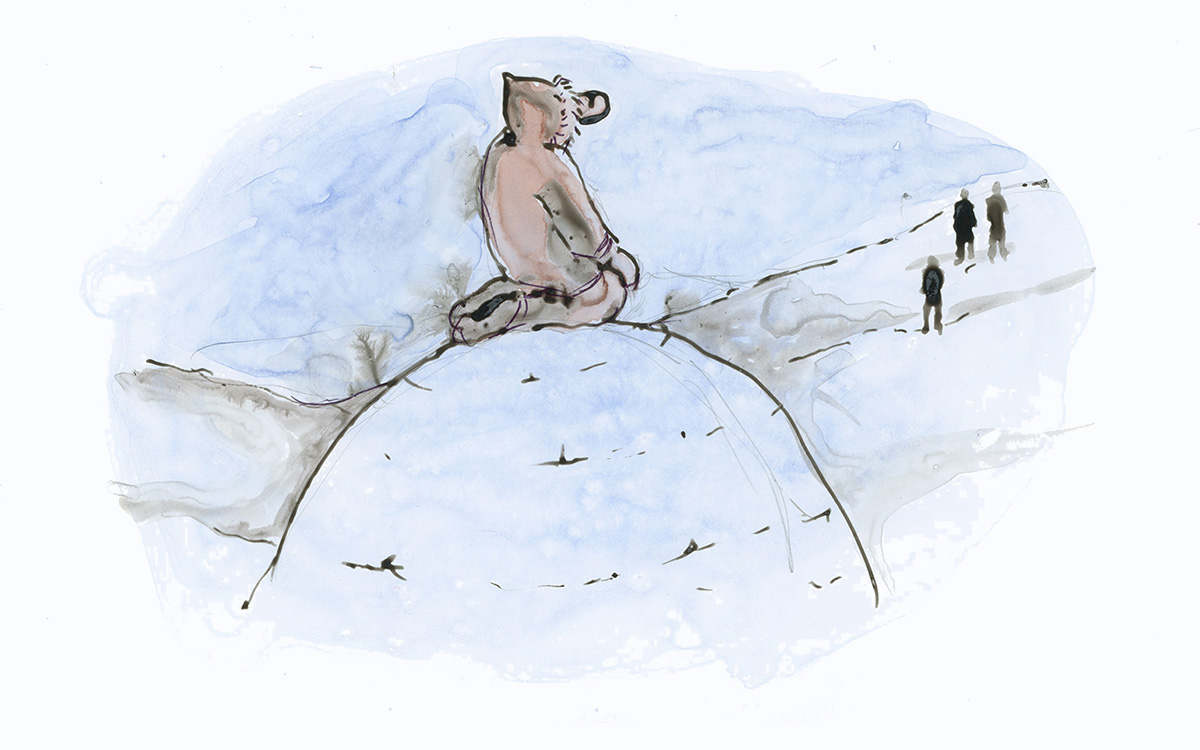 An exhibition exploring the historic Franklin Expedition through the lens of Inuit traditional knowledge.

This interactive exhibit, with an audio-visual station and animated map, displays the retellings of Inuit traditional knowledge (Inuit Qaujimajatuqangit), and the modern archaeological research that assisted in locating the wrecks of ships from the Franklin Expedition (Sir John Franklin’s 1845 attempt to locate the Northwest Passage).

This travelling exhibit, developed by the Canadian Museum of History, in collaboration with the Inuit Heritage Trust, will be on display at Bradley Museum Anchorage Galleries until April 16, 2023. It is presented in Inuktitut, Inuinnaqtun, English and French – the four official languages of Nunavut.

The Ones We Met shares the stories of Inuit in Northern Canada. Locally, the land where the exhibition is being shown has been cared for by different communities of Indigenous Peoples, which continue to grow and thrive today. The lands which constitute present-day City of Mississauga are part of the Treaty and Traditional Territory of the Mississaugas of the Credit, The Haudenosaunee Confederacy, and the Huron-Wendat and Wyandot Nations.

Learn more about local Indigenous Peoples with past and present connections to Mississauga at the links below:

Learn about Truth and Reconciliation Guided Tours at the Bradley Museum: