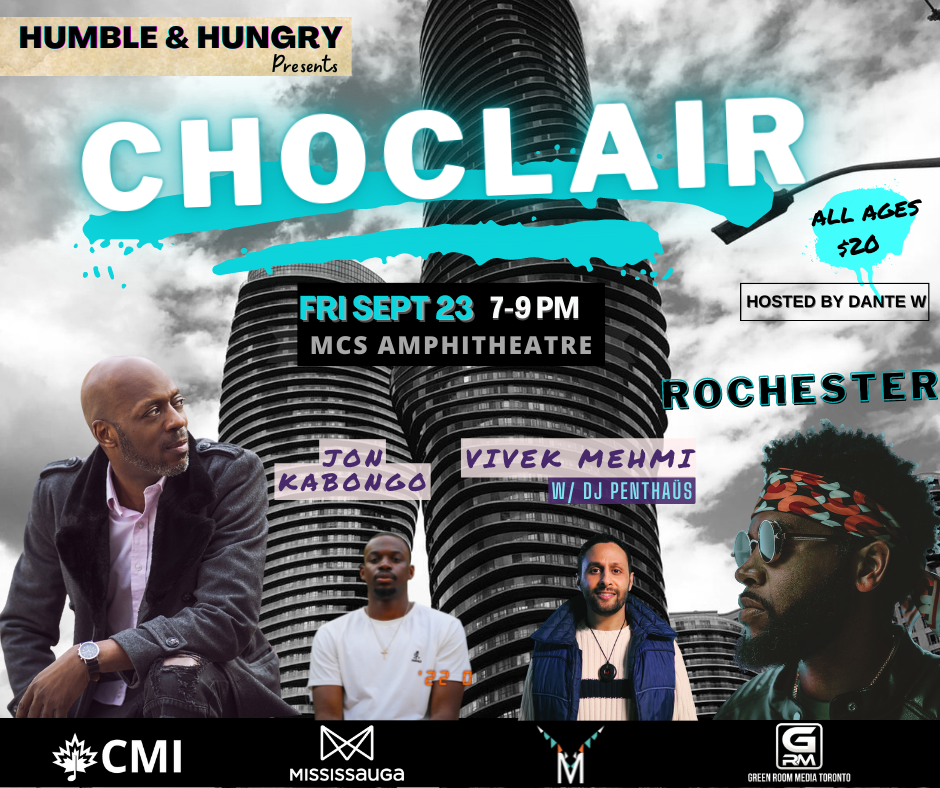 This show will feature pioneers and a collection of local artists that polished their craft in the neighbourhoods you call home. Listen to their stories through their music and how their lives were shaped by their community. This is new hip hop with an old school flair. A welcomed returned to live events with the soul, energy and charisma as only a live show can bring.

Choclair has been an integral part of the Canadian hip hop scene & dubbed one of Canada’s Hip Hop Pioneers. With his 4 Junos, 5 MMVA’s and multiple gold records, he has set the benchmark for hip hop in Canada. Releasing some of Canada’s most Notable tracks like “Father Time” by Saukrates, “Hustling” by Kardinal Offishall, “End of The Road”, “All Night Long” with Classified & Karl Wolf, Produced by Solitair. Choclair’s track “MADE (Move Mountains)” was featured on the Best World movie soundtrack. In 2018 it marked the 20-year anniversary of one of the most important individual songs in the history of Canadian Hip Hop “Northern Touch” Choclair was a part of this track along with Kardinal Offishall, Rascalz, Checkmate & Thrust. Throughout Choclair’s long standing career, he has performed on many notable stages across North America, JUNOfest, TDOT FEST, Toronto International Film Festival, House of Blues, CNE’s Beer Festival, TOM Fashion Week to name a few.

Vivek Mehmi is an innovative talent that creates his music based on themes of resilience, perseverance, strength, and compassion. Vivek utilizes musical expression as a way of healing. He was forced to examine the darkest and most challenging parts of life and transmute them with his art

Jon Kabongo is a 23 year old musician making music that ranges from lyrical rap to Afro beats. Authenticity and storytelling are huge components of his art, and his stores are both personal and about his surroundings.

This event will be hosted by Humble &Hungry’s own, Dante Waechter.

If this concert needs to be cancelled due to inclement weather, the event will be rescheduled to a new date and original tickets will remain valid for the new date.