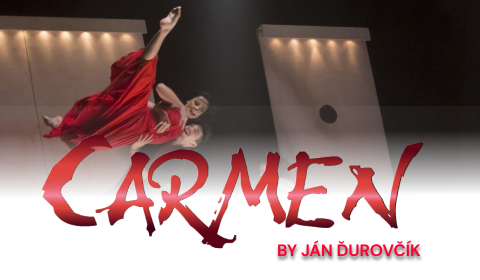 The story of an unbound Andalusian gypsy girl and Don José is a well-known classic. Based on music of Georges Bizet and Rodion Shchedrin, written and directed by Ján Ďurovčík, Slovak Dance Theatre’s Carmen is a fusion of libertine and conservative, Spanish and Slavonic, even including some folklore elements in the character of Escamillo. Fast-paced situations are alternated by lyrical, intimate moments.