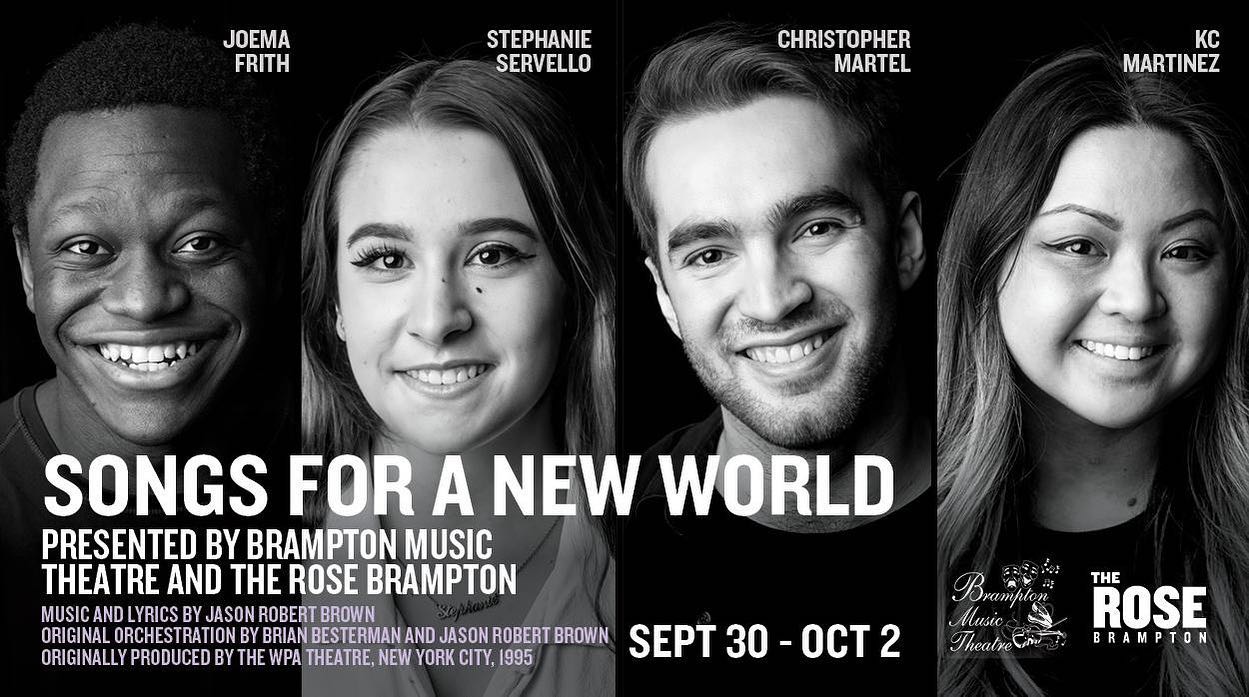 A small but powerful diverse cast and a supercharged, well crafted score appeal to old and new generations alike as each character — in their own way — takes hold of that one moment and enters a new world.

Songs for a New World is, according to composer Jason Robert Brown, “about one moment. It’s about hitting the wall and having to make a choice, or take a stand, or turn around and go back.” With a rousing score that blends elements of pop, gospel and jazz, featuring tight harmonies and darling vocals, Songs for a New World transports its audience from the deck of a Spanish sailing ship bound for a new land, to the ledge of a New York penthouse. Characters range from a young man in the Bronx who dreams of becoming a famous basketball player, to a forlorn and neglected Mrs. Claus lamenting as Christmas approaches.